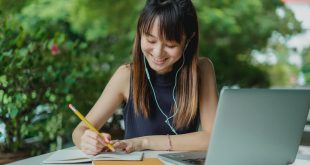 Can Personal Assistant Courses fast track your career as a Private PA?

Recruiting and COVID-19: A Roadmap for Uncertain Times

Domestic Staffing Recruiting During a Pandemic

Canada was not always a wealthy nation. Voltaire famously dismissed Canada in Chapter 23 of “Candide” as a worthless place and a sad matter of “a few acres of snow.” In Voltaire’s opinion, France would be better served focusing on its colonies in the Caribbean. Leave Canada to the snow and ice was his counsel.

Canadians love to point out the irony of Voltaire’s missive. His lack of foresight is evidenced by Canada’s recent history leading G7 nations in growth, its ability to survive and, daresay, prosper during the Great Recession of 2008, and the astronomical growth of urban centres like Toronto and Vancouver.

Today, Canada is a very wealthy nation. In fact, Toronto is the 4th largest metropolis in North America, after Mexico City, New York, and Los Angeles. Further, according to the Knight Frank Report, Toronto boasts the second largest population of Ultra-High-Net-Worth-Individuals in North America – bested only by New York. Further, for much of this decade, Toronto has led North America in construction projects. The Toronto of today is a gleaming city of glass structures and construction cranes. It is fair to assume that there is money in those towers.

So, Canada is a wealthy nation, and much of that wealth is located in Toronto. This detail begs the questions…

All that wealth must mean that families are eager to hire Domestic Staff. What opportunities exist for individuals in Private Service?

What kind of opportunities exist for Recruiters specializing in the placement of Private Service Professionals?

Before answering these questions, some perspective on the Canadian character is required. Canadians are a humble lot who have a love-hate relationship with being largely ignored by most of the world. Canadians are thought to be a “nice people,” but not much more about them captures interest. Historically speaking, Canadians have never been splashy when it comes to spending money. It has always been a nation of savers (penny pinchers perhaps?) with fat bank accounts.

Not surprisingly, wealthy Canadian homes have traditionally been staffed by a housekeeper or two, and these individuals were expected to do it all. When I started my career in Private Service in the 1990’s, the homes of the wealthy, with a few exceptions, fit this profile perfectly. The fact of the matter is that Canada does not have a deep history of Domestic Service and it is reflected by, relatively speaking, a shallow pool of trained and experienced Private Service Professionals.

Early in my career, things began to change. As wealth accumulated, families began building massive homes with mechanical systems that rivalled commercial-scale buildings. Added to this development was the advent of smart home technology. The staffing strategies of the past could not keep up with the managerial challenges of a quickly evolving landscape. Managers were needed and Canadians were, for the most part, new to the idea of a House Manager.

I was proud to be a part of a company that introduced the Household Manager to families across the country. Where only a few Canadian homes employed House Managers in the early 1990’s, today countless families employ senior professionals like Estate Managers, Household Managers, Private Chefs, Executive Housekeepers, and so on. As for this market’s Housekeepers, they are expected to have a thorough understanding of cleaning and maintaining fine surfaces, furnishings, and furniture. Today’s world of Private Service in Canada is very different from the one I entered as a young man. Best of all, the demand for high-performing talent is a growing one.

I launched my company, Portico Inc., in early 2017. While my company is a baby, I’m an old work horse when it comes to placing all manners of Domestic Staff in homes that range from 5,000 to 80,000 square feet. While Recruitment is always competitive, regardless of the industry, there is plenty of business to go around in Canada. Private Service Recruiters who stay informed, engaged, creative, and resourceful, do well in this market. It is, however, a market that demands a very high level of service. With wealth comes expectation.

Portico, for example, is incredibly thorough in vetting potential Clients and will only take on projects in which the position being offered is a marketable one. Further, Portico invests a significant amount of time, upfront, in order to fully grasp the nature of the position and the character and culture of the household. Once engaged by a Client, Portico offers comprehensive support throughout the search, recruitment, and hiring process.

The Canadian Client of today, however, expects much more than that. They expect expertise in areas like how homes function, how to zone a home, how to develop comprehensive job descriptions, how to manage problems when they inevitably occur, provide direction in employment law standards, payroll guidance, and so on. If you are a Recruiter who places Private Chefs, you should definitely know what a “mise-en-place” means. In other words, the successful Recruiter needs to be on top of their game in multiple areas. They need to be able to say “I don’t know, but I’ll find out…” and then follow through on the promise. Often, follow through entails referring a matter to a third party like an Employment Lawyer. This means that, on top of everything, the successful Recruiter has a robust and trustworthy network of professionals in multiple fields upon whom they can call.

While the pool of Private Service Professionals in Canada has improved over the last two decades, it does remain shallow. Adding to the problem is the fact that there are no easy ways to reach abroad for talent. While immigration obstacles are not as daunting as they are in the United States, bringing professionals into Canada remains a challenge few families are willing to assume. While there are several avenues available to individuals hoping to work in Canada, the most common one remains achieving a Labour Market Opinion from the Canadian Government. The process is a long one, requires an immigration lawyer, a monetary investment, and there is no guaranteed result. An enticing process it is not.

Still, Canada is a bright light in the field of Private Service. The labour market continues to grow in step with employers’ requirements, and salaries are highly competitive. There remain challenges in the area of supply of qualified labour, but the hurdles are far from being insurmountable… at least not for the savvy Recruiter. Bottom-line? Canada is no longer (not that it ever was) a wasteland of snow and ice. Instead, there is gold in “them thar” gleaming glass towers.

For more information on Portico Inc. and its suite of offerings in Recruitment, Training and Consulting, please visit www.porticostaff.com

Estate & Manor is an online magazine portal which is dedicated to global VIP staffing. Estate & Manor offers readers a glorious insight into the world of working with affluent individuals – All of our contributors are known for their expertise and knowledge in their given industry niche. These areas consist of: Estate Management, Lifestyle Management, Yacht and Jet Crew, Childcare and Education plus many more.
Previous Personal Branding For Domestic Managers & Domestic Staff
Next Security Awareness for Household Personnel